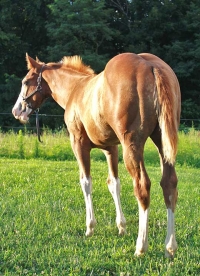 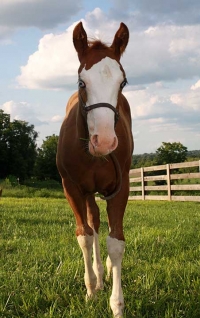 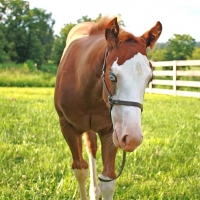 This colt is fun to watch in the pasture running, playing, changing leads, rolling back, and sliding to stop. He is naturally athletic, and absolutely stunning to look at. This little guy has tons of chrome and personality to match.

STALLIONS OR STALLION PROSPECTS ONLY - Both testicles descended: Yes

Gets along with other horses: 3

This colt has been handled since born.