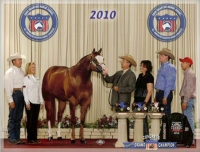 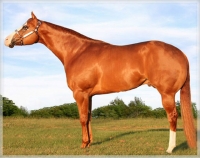 This stallion is a two-time AQHA World Champion and five-time Congress Champion. He has earned 59.5 halter points.

Fossil Gate Farms must be notified prior to 8:00 A.M. Central Time on the date that the semen is to be shipped.

All shipments are on a first-come, first-served basis