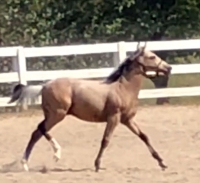 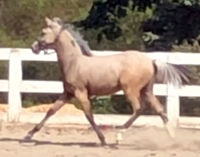 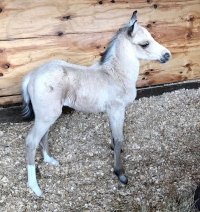 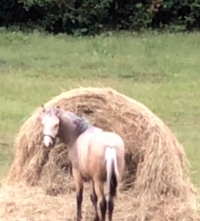 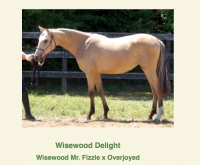 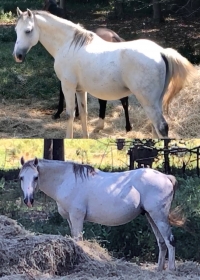 Amber Hill Farm will donate the proceeds from the sale of SURVIVOR to benefit Irish Olympic show jumper Kevin Babington. Kevin suffered a catastrophic fall competing his grand prix partner Shorapur in the $75,000 Douglas Elliman Grand Prix Qualifier at the Hampton Classic in Bridgehampton, New York, August 30. He underwent a five-hour spine stabilization surgery to stabilize the bones in his neck on September 3. “He has suffered a complete injury to his cervical spine and today is to prevent him from living in a cervical collar,” said Kevin's wife, Dianna Babington, in a Facebook post.

Survivor, aka Helton, is a buckskin colt who is an orphan as his mother tried to attack him when he was first born and luckily we were able to save him. He is definitely full of energy and has been a handful and needs a special person to continue handling him as orphans do not learn manners from their mothers and humans must teach them to him.

He was born March 12, 2019 and is out of Wisewood Delight (Wisewood Mr. Fizzle x Overjoyed) and looks just like his mother. He looked like a stuffed animal when he was born and we are working on halter breaking him and handling him.

Pre-purchase exams and trials at Amber Hill Farm are encouraged. Must be completed before bidding ends on September 26th.

I am downsizing due to my divorce and my father's declining health.

Seller will provide access to veterinarians to obtain Medical Records and answer any questions upon request.