ROM Producer. By a Leading Sire, out of a Top producing mare. Easy to get in foal and foals with ease. Open to breed early. 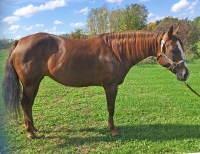 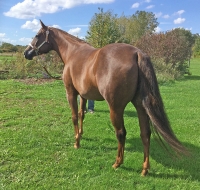 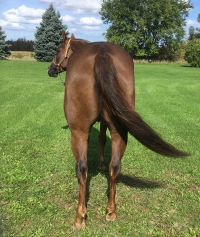 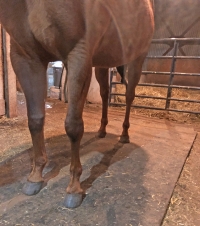 This sweet mare is sired by World & Congress Champion “Huntin For Chocolate “ and out of the amazing mare “Zippo In My Heart” dam of Superior, NSBA, and World Champions.

She is the dam of 6 foals including her 2019 colt, of which 4 have show records including ROM, AQHA Level 1 Championship & Northern QHA Futurity 3yr old Open Western Pleasure Champion with one being shown in ASHA circuit.

“Roxy” has been under lights since October for an early breeding. She is easy to get in foal and foals out with ease, being an amazing Mom. Anyone can handle her being fantastic with Vet & Farrier. Loads, clips and loves to be groomed.

She is being sold “ Broodmare Sound” only , gets around fine with barefoot and regular trims. If left too long will be “off” a bit in left front. Would love to see this mare continue having fantastic foals in a program of today's Modern Pleasure Horse.

Occasionally is a bit off in left front